Voting With Your Pocketbook? 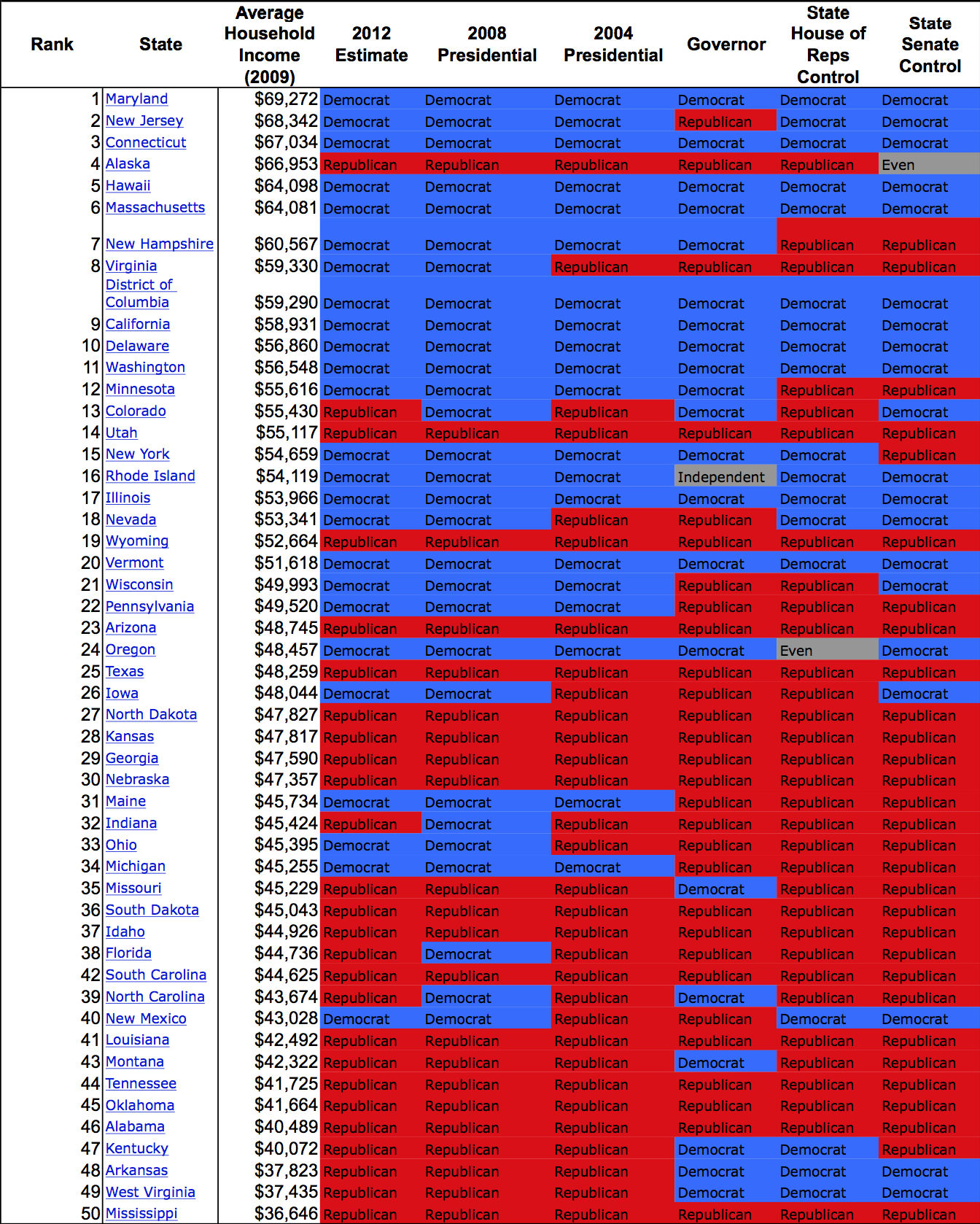 Allow me a speculative opinion: the richer states also identify more with liberal social views while the poorer states have more conservative social views. Despite the economy and jobs being the top priority of this election, the social issues influence the vote far more than most expect.

One other thing - I think the comparison of Democrats and Republicans as the big government and small government parties respectively is a misnomer in the modern era. Both parties want to maximize government revenue, they just see the Laffer Curve differently.