And while Lenin read a book on Marx

A quartet practiced in the park

And we sang dirges in the dark

The day the music died

2021 was supposed to be the year the pandemic died (Miss American Pie), which only seems half true. Loads of people got on with their life, including us, but we’re 2 years on from learning about covid-19 and lots of other people are panicking (or feeding on panic) about a variant that, just like the Spanish Flu, seems to have evolved to be more transmissible and more mild. Let’s hope it represents the end of Covid.

There’s also been lots of behavior in the spirit of Lenin and Marx and plenty of dirges sang in the dark. It might be remembered as the year mainstream media died - or at least when they finally jumped the shark.

I want to ignore Covid as much as possible, but it’s hard to start anywhere else. Now that it’s been mentioned, let’s move on.. for me 2021 was a great year not at all like I expected. I had a few listed goals and I accomplished very few of them. But it still feels like this year was a wild success. Let’s go through with it..

Nope, nada. I started fighting some nasty plantar fasciitis in the spring, and I’m still fighting it. This put a serious damper on my running and made me miss any shot of hitting running goals. I still ran a couple 7 min miles in the course of some interval training and fast runs, but nowhere near 6.

The plantar is manageable now and hopefully continuing to diminish. The really positive out of this was just how much I missed running. I took 6 weeks completely off at one point and was near going crazy without being able to run. I like that this is an activity that’s been engrained in my pscyhe.

Again, nope. I think the most I did was just over 70 at once. I’m still happy with this because I didn’t train specifically for doing 100 the way I had in the past, I just did some strength work again and made sure I still had my strength.

I didn’t want to have a metric’d goal here because it’s not about the number, it’s about maintaining the habit. And this one remains engrained in life. I read 52 books this year or a book a week. Anything around 50 is sustainable, especially as most of these were nonfiction. 20 were novels and half of those were re-reads. Here’s the list:

Well, I thought about it. This was a lesson on goal-writing. Too wishy-washy. Make it something executable next time.

I think I did better at this. When I’m with people, I focus more on being engaged and in the moment rather than continuing with my introverted ways. We had more gatherings at our place this year and having people over was always great. I’m still using my paper notebook regularly, and it’s still true that I’d rather start with paper than a keyboard. All good things.

I’m still on my phone, but less, and especially less when I’m with people (at least I think so). I don’t miss Facebook at all, and I think everyone should get off of it. The only social media I use is Instagram and Twitter. Instagram is actually useful (woodworking, photography, friends, etc) but posting is mostly for me. And I’ve become much more fond of Twitter, but I had to make it work for me first by creating two separate accounts.

Nope, nothing really. Another goal-writing lesson: don’t try to manufacture a hobby.

The last goals were interesting and sort of went together in an unexpected and wonderful direction. I had planned on focusing on something new in terms of acquiring revenue for my family, I just didn’t quite know what. 2021 ended up being the year I became CEO of the awesome company I work for. This was a big change and required a lot of focus. What’s interesting is that, from the outside at least, I’m not sure a whole lot appeared to change; my schedule is relatively similar, for instance. But approaching this role represented a very different mindset shift and a lot of focus. Thus far it’s been enriching, exciting and decidedly outside of my comfort zone, all of which are Good Things.

Maureen and I still have an interest in exploring additional businesses or real estate, so it’s something we’ll still be focused on going forward.

So what else happened in 2021? Well quite a lot! We gained a new godson, I sponsored a good friend converting to Catholicism, I built an outdoor couch, we hiked the Adirondacks, we had a floating happy hour in the middle of a pond, bought two cars and a boat, and spent a lot of time on the sand at the beach. 2021 wasn’t what I expected but it was a great year! 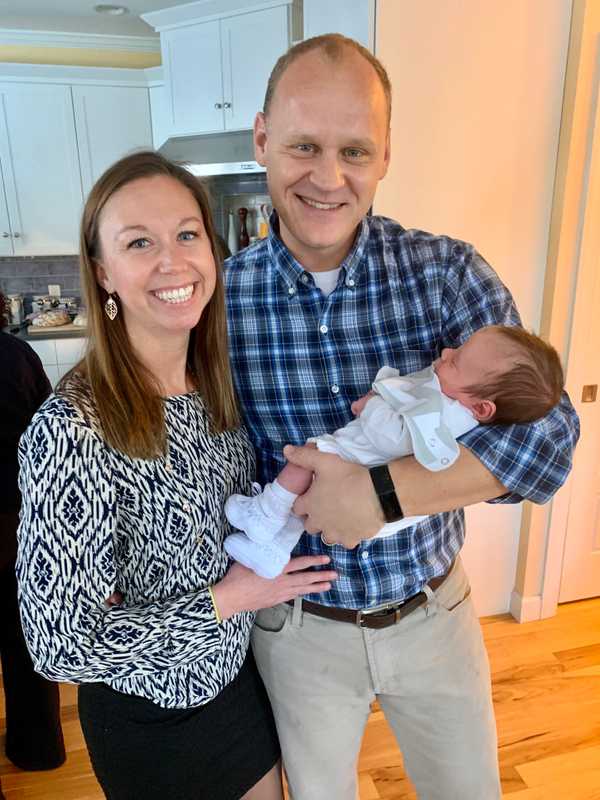 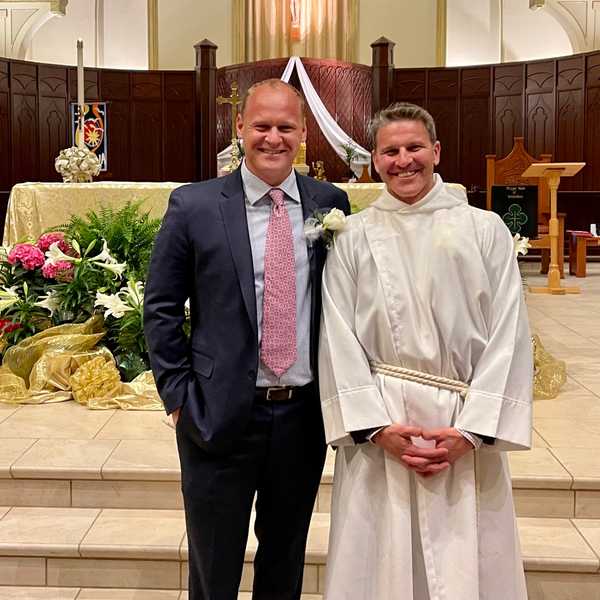 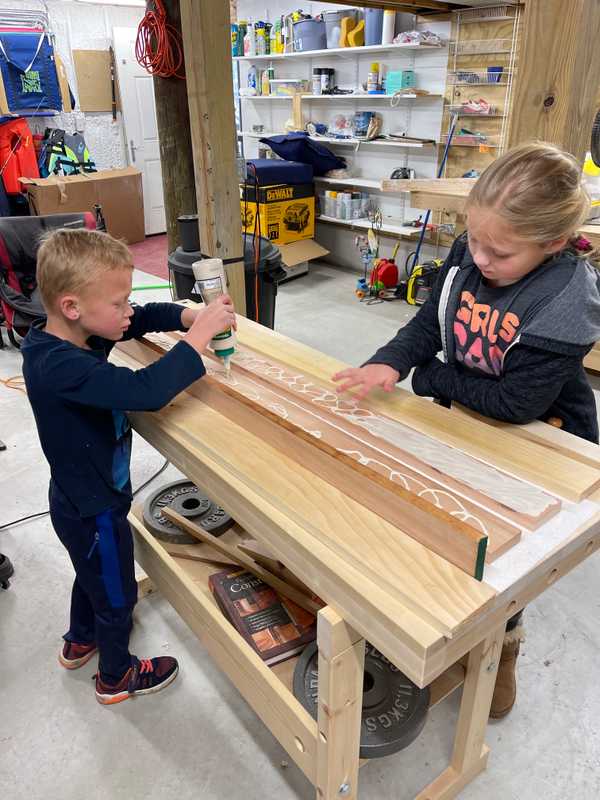 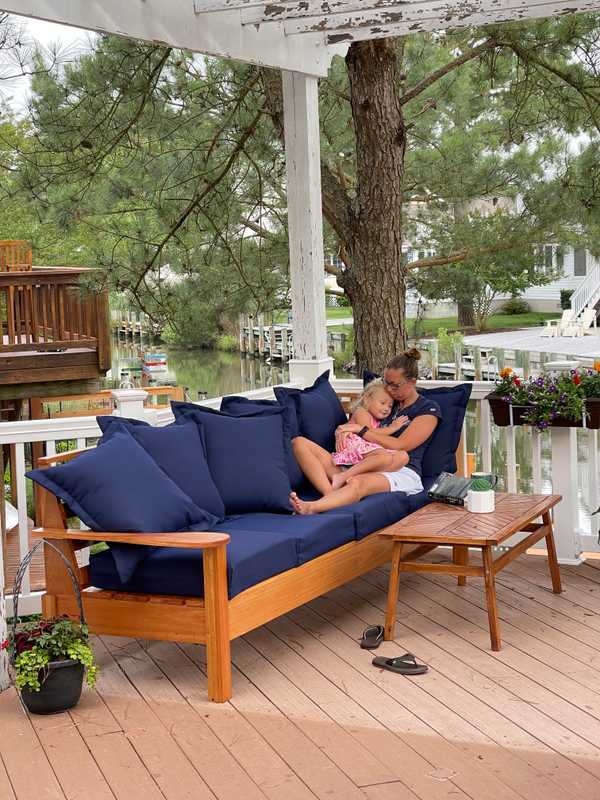 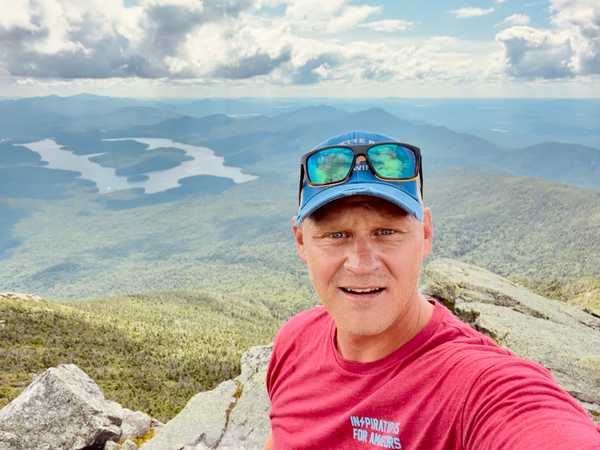 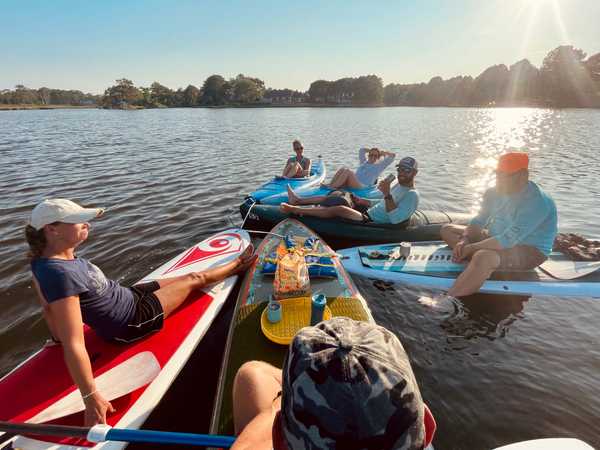 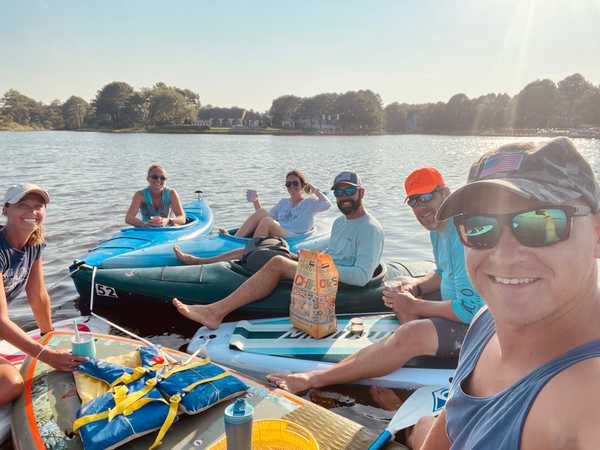 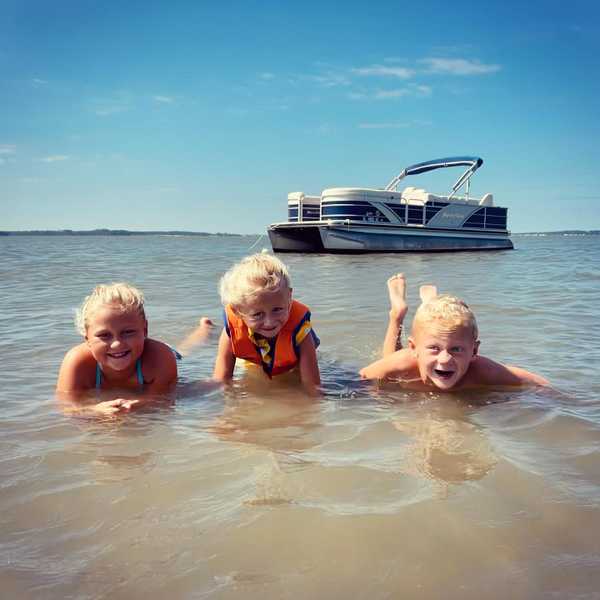